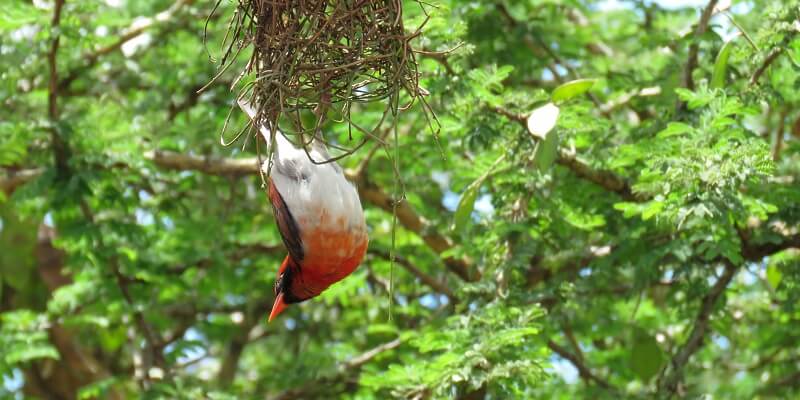 Birding in East Africa, What you need to know about African Birds

Birdwatchers from all over the world visit East Africa in search of the region’s 1400 species of birds, an astounding number by any measure and including birds of every shape and colour imaginable. East Africa has nearly 100 species of hawks, eagles, vultures and owls. More than 40 species have been spotted within a single park, making these some of the best places in the world to see an incredible variety of birds of prey.

A bird of prey, predatory bird, or raptor is any of several species of African Birds that hunts and feeds on mammals, reptiles, amphibians, insects, rodents as well as other African Birds and other animals. The term raptor is derived from the Latin word rapere, meaning to seize or take by force. African Birds of prey have keen vision that allows them to detect their prey during flight, as well as powerful talons and beaks. They have very good eyesight for finding food, strong feet for holding food, and a strong curved beak for tearing flesh.

Here are some African Birds of prey you expect to see:

It is a fairly large eagle, with a distinctive black, brown, and white plumage. It is a replica of the American bald eagle. The eagle is most familiar for its loud, ringing vocalisations that have become known as ‘the voice of Africa.’

It is a very large, mostly terrestrial bird of prey. Endemic to Africa, it is usually found in the open grasslands and savannah of the sub-Saharan region. With the body of an eagle and the legs of a crane, the secretary bird stands at 1.3m tall and walks up to 20km a day in search of vipers, cobras and other snakes, which it kills with lightning speed and agility. This idiosyncratic, grey-bodied raptor is commonly seen striding across the savannah.

This is the Africa’s most common large vulture. It is an accomplished scavenger that feeds on the carcasses of Africa’s large animals like lions, hyenas and jackals. Its plumage is dark brown with black skin on the neck and head, making the white lower-back, for which it is named, even more prominent. The vultures use their sheer numbers to compete for scraps of flesh and bones.

It is the most famous of the snake eagles. Bateleur is French for ‘tightrope-walker’. This name was chosen because of its distinctive low-flying aerial acrobatics. It is a short-tailed African eagle with a black with ruddy chestnut back, reddish tail, legs, bill, and cheeks, a silver-gray patch at the bend of each wing, and a white under surface with a black margin along the hind edge of the wing. Unlike most creatures, female Bateleur eagles are larger than males.

It is perhaps the most common raptor in the region. They occupy a wide range of wild and cultivated habitats. It is often seen perched in open, on rocks, mounds or trees. It is a large buzzard with short, rounded tail and broad wings, with very broad secondaries. The adult has dark grey, almost black upperparts. The flight feathers are black with pale grey bars mainly on secondaries. The tail is rufous with faint dark grey bars. The underparts are white, including the underwing-coverts, but the carpal patch is black. The flight feathers are white with indistinct black barring and broad black tips. The head is dark grey. They hunt by floating motionlessly in the air then swooping down quickly to catch unwary critters

If you need any information on any particular bird of prey in the region, please let us know.

Dian Fossey was a primatologist and founded the Karisoke research centre in 1967; she took…

Fight against coronavirus by Robots in Rwanda

Around the world, every country is trying to implement different measures on how to combat…